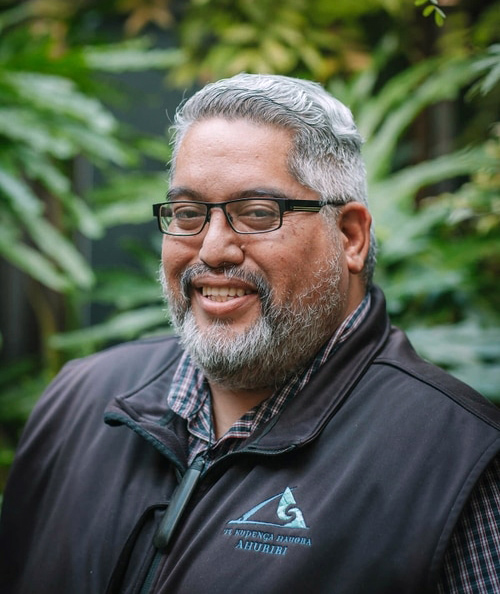 Ngāti Kahungunu me Rangitane ōna iwi. Rakaipaaka me Ngāti Motuahi ngā hapū. Parris is Rakaipaaka on his father’s side and Rāngitane through his mother’s side.

A Kaiārahi for Kia Piki Te Ora as well as a Stop Smoking Practitioner, what Parris enjoys most about working at Te Kupenga Hauora - Ahuriri is working with people who are enablers for Whānau Ora (healthy families), working with whānau (families) and rangatahi (young people) to make positive steps towards achieving their own goals in life - these are the things that stand out for him.

Parris affectionately dubs himself as a “recycled whānau” at TKHA.  He has been in his current Kaiarahi role since September 2019 having previously worked 6 years at Te Kupenga Hauora - Ahuriri as the Service Manager - Youth Services from August 2012 to July 2018.

His message to the whānau he encounters is, “I will listen, I will hear you.  I will guide and support you to reach your aspirations.  Rangatahi ora, whānau ora, the best work we can do is within walls of our own homes.”

When asked what his greatest achievements are his reply is, being married to his beautiful wife for 25+ years, their seven children Tiwai, Dempsey, Lexus, Rayce, Kaea, Barbie and Ahihera - who he refers to as his “seven degrees”, and looking forward to his first mokopuna.

Parris Greening
Click to email
Back to our people