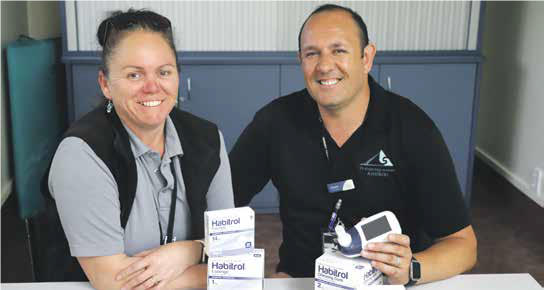 We Won’t Leave You in the Lurch

TE Kupenga Hauora - Ahuriri’s Stop Smoking service is part of a collective of regional stop smoking support available under the umbrella of Te Haa Matea. The programme starts with an initial four weeks but as Service Manager Janet Groube explains, “If it takes 12, 15 or 52 weeks we’ll keep chipping along. We don’t just leave them in the lurch.”

The Te Kupenga Hauora - Ahuriri approach sees all of their kaimahi trained in being able to assess the whānau they work with for stop smoking support and the ability to deliver the programme, if they need it. This continuity of service is key to their success. “It makes sense for whoever is already working with whānau.” Youth Navigator Owen Eagle adds, “whoever has built that trust and has that relationship, to deliver another aspect of their needs.”

Being in the home also means that kaimahi often identify other whānau members that want to quit and are able to assist them, even if that wasn’t the initial reason for them connecting with the organisation.

Regular face to face catch ups, messages and Nicotine Replacement Therapy (NRT) are part of the mix of tools kaimahi use to help people quit. They have a core group of qualified Stop Smoking Practitioners on staff who can prescribe and administer NRT if whānau need them to break their addiction and become smoke free. Another key component to success is focusing on whānau aspirations and goal settings. “I worked with one woman whose motivation was financial. But when we broke it down what she really wanted to do was take her whānau on a holiday. She found pictures of her goal destination and stuck them on her fridge so that every time she went to the fridge she’d be reminded of her goal. It’s simple, but those things work,” Janet concludes.

Do you or your whānau want to kick the habit? Get ready for a New Year and contact Te Kupenga Hauora - Ahuriri’s Stop Smoking Practitioners on 06 835 1840.