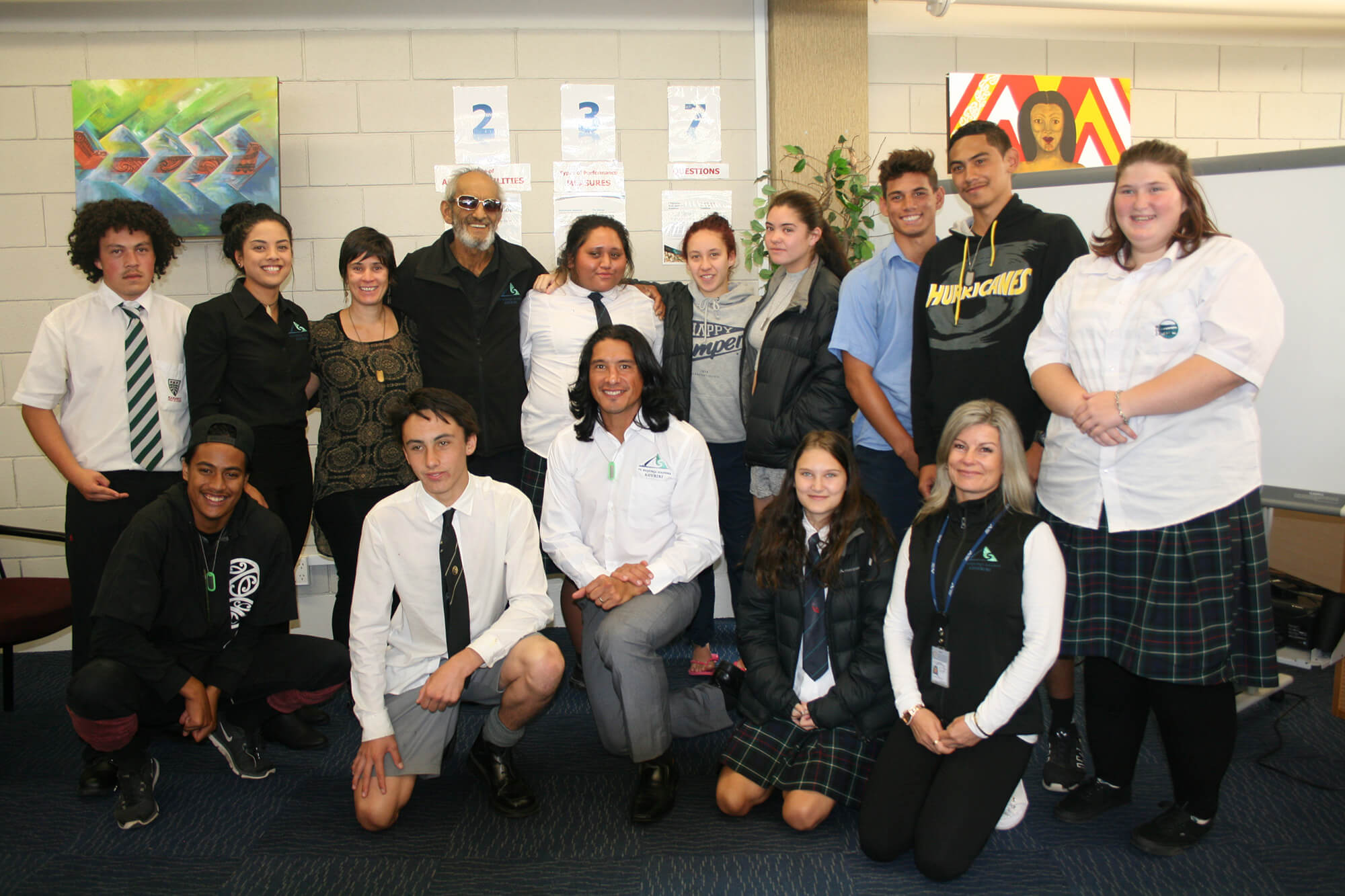 The Heretaunga and Ahuriri rangatahi who completed the E Tū Rangatahi programme celebrate with their course facilitators from Te Kupenga Hauora – Ahuriri.

These are our leaders of tomorrow. We need to provide them with the tools to meet the challenges they face as we move aside for them,”

This group, from Hastings were joined by family, those from Napier who participated in the first round of the programme and staff from Te Kupenga Hauora - Ahuriri who had facilitated the course to reflect on their learnings and celebrate their achievements.

The course programme centred on setting up rangatahi (youth) with tools and ways to handle the not so good things in life; hoping that by identifying and developing their qualities and abilities they will continue to grow and act as advocates, champions and leaders among their peers and community. “We hope that you have ended up a bit better, more confident than when you first began,” said facilitator Alana Flavell. Meeting weekly, this was delivered through a series of practical and theory modules that included exploring whanaungatanga (connections), manaakitanga (respect), rangatiratanga (leadership), moemoea (dreams and aspirations) and health and happiness to

name a few. Rangatahi heard from a range of presenters who served up their own life learnings for them to take from.

Run through support from Te Puni Kōkiri the facilitation team honed what they did during the course’s first round, held late 2016 with Ahuriri (Napier) youth. It was clear to see the impact E Tū Rangatahi had on these young people who had only positive things to say about the course.

“I’m just really proud. I wouldn’t have set goals like I have without it,” said Huirangi. Sanchez, who aims to be in the Navy or an architect one-day said, “I’ve learnt (lots) about myself.” “This course is mean as. My fave part was the dreams and aspirations. Figuring out and sharing who I want to be in the future,” commented Lewis. Huirangi summed up the sentiment on the day, “I’m going to miss my Wednesdays. I always woke up happy.”