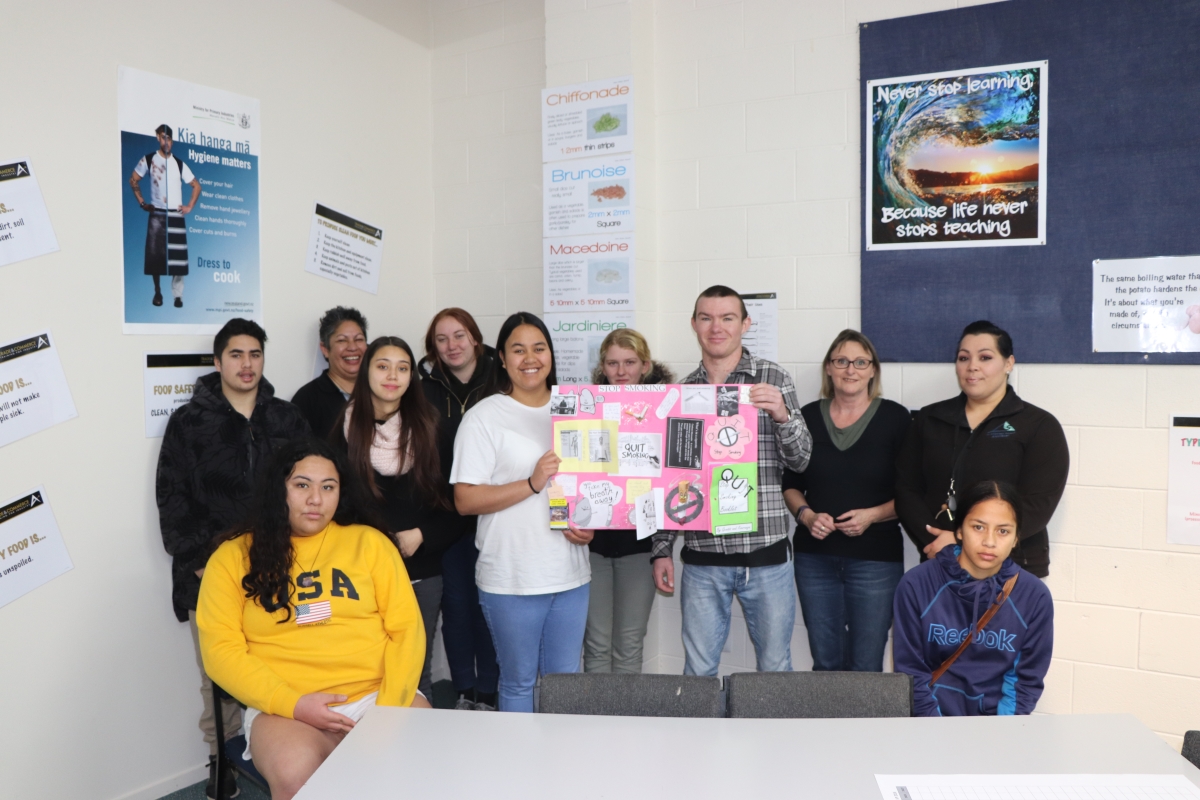 A six-week challenge involving 22 students from Trade & Commerce in Hastings and Napier led to a number reducing and quitting smoking.

They also gained a more in depth understanding as to why the habit is so harmful. Participants were aged 16-18 years old and were encouraged by their tutors to take up the challenge that was managed by Te Kupenga Hauora - Ahuriri Stop Smoking Practitioner Kylee Stok. “The aim was to mould them to become Smokefree Champions. So that they can go out into the community and confidently share the message,” said Kylee.

She structured the programme so that week one was planning, weeks two to four participants were allocated points for reduced carbon monoxide (CO) measurements as well as bonus points for questions they researched during the week. The final week was for celebrating their achievements and sharing the knowledge they had gained during the challenge by producing a poster. Kylee was blown away by their efforts. “The poster project really motivated the rangatahi (young people). Each and every one of them participated and they did so well. I almost cried they were so good. When they saw my response, they were so proud of themselves.”

It is clear that it wasn’t just about winning, the programme became much more. The Napier site used the challenge to base an assignment around so that students were able to get credits towards their qualifications by writing an essay and both sites worked it into their class culture and focus, encouraging one another, even getting a tutor to participate. Ten rangatahi got through the challenge smoke free while others reduced their smoking significantly. Kylee says, “It doesn't always happen first go, but they are now more informed to make better decisions.”

Are you up for the challenge? The Stop Smoking team at Te Kupenga Hauora - Ahuriri can help you or your workplace or whānau in the same way. Call 835 1840 for more information.