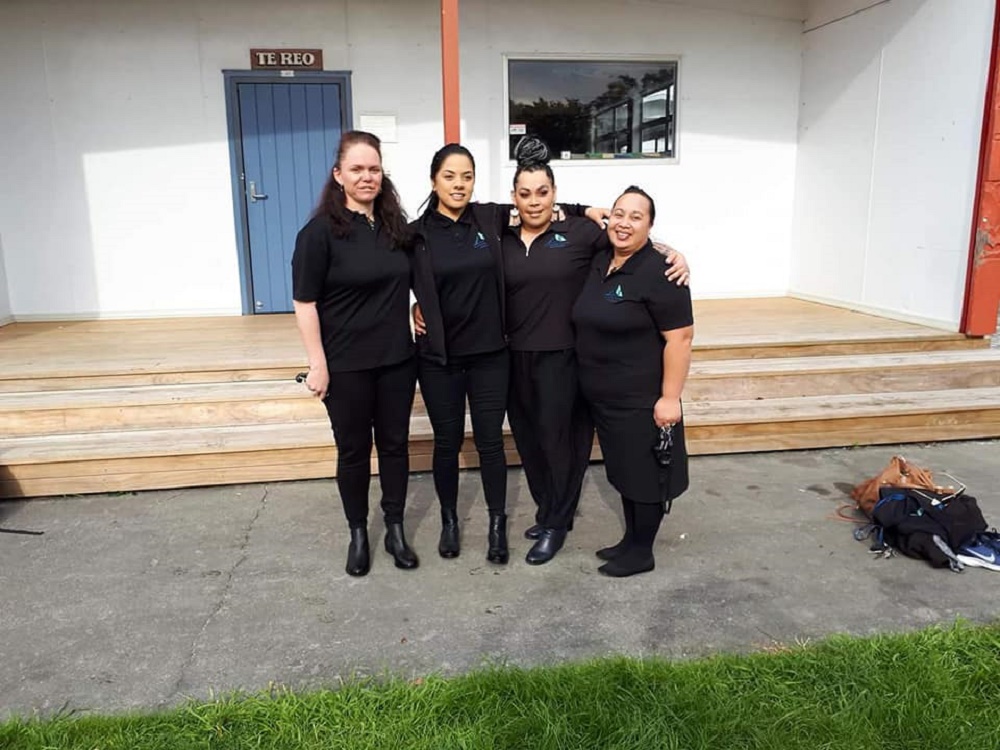 Te Kupenga Hauora - Ahuriri’s Team Leader - Youth Services Makita Edmonds doesn’t shy away from a challenge. This year she was one of four staff (herself, Kylee Stok, Janet Groube and Maria Sakaria) that completed the C.A.C.T.U.S (Combined Adolescent Challenge Training Unit Support) course alongside 21 tauira (students) from William Colenso College and Tamatea High School held over 8-weeks. “It’s my goal to get at least half of our staff participating,”shares Makita.

Three 5:30am trainings three times each week culminated on September 22 with the Longest Day. This involved students carrying poles, jerrycans and tractor tyres over a 36 kilometre course that started at Pandora Pond,headed out to Eskview, along Bay View past Ahuriri Beach, up along the Napier Botanical Gardens and down to Port Ahuriri School where they all joined together to pull a truck from West Quay back to the start/finish at Pandora Pond.

This year was the second time Te Kupenga Hauora - Ahuriri staff have supported the programme led by William Colenso College and the Eastern Suburbs Neighbourhood Policing Team. The entire programme was a physical but also mental challenge, seeing small achievements snowball into bigger ones and using mind over matter. Participants lost weight, improved on exercise times and role modelled the values of self-discipline, teamwork and respect in all situations, not just at C.A.C.T.U.S trainings. For Te Kupenga Hauora- Ahuriri, their staff brought what they experienced at C.A.C.T.U.S into the office environment. “It made us stronger as a team,” says Makita.

She describes the journey as, “So emotional.” Adding, “we turned into a family and when we wanted to give up we looked at the kids struggling and kept going. The kids thought we were the mentors but we all learned from each other.”