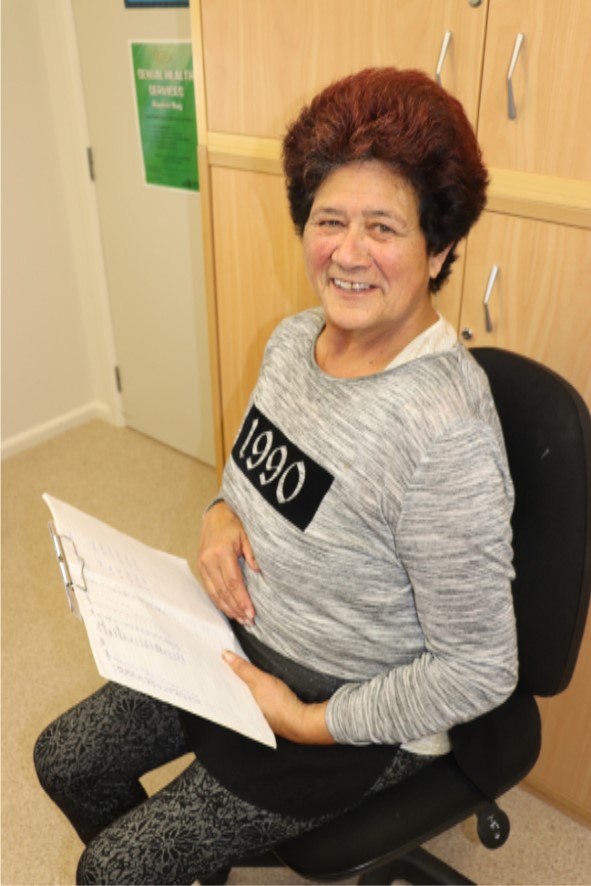 Laina Wano keeps her on eye on the prize by recording and tracking her progress throughout her stop smoking journey.

With support and determination, Laina is smokefree

Changing a 45- year habit was the goal for Laina Wano. That’s how long she had been smoking for. “I was 16 when I started. You weren’t allowed to, but….” It’s a fairly common way to start smoking. However its Laina’s determination and quit journey that the Stop Smoking Practitioners at Te Kupenga Hauora - Ahuriri want to hear more commonly across the community.

Laina has tried to quit before and had some success but found herself going back to the smokes. By using techniques that have helped her in the past, as well as working with a Stop Smoking Practitioner, she is confident that this time, it’s going to stick. She has been smoke-free since July 14. “I’m strong minded in what I want and would encourage other people to try and give up. Hopefully some of the things I’ve done can help them too.”

She took advantage of the Nicotine Replacement Therapy (NRT) provided by Te Kupenga Hauora- Ahuriri at the start, using the patches, lozenges and chewing gum to get her over the initial withdrawal period. Her weekly check up with the Stop Smoking Practitioner was a great help. “It was a good progress check and good to talk about how I was feeling,” says Laina.

At 20 smokes a day her habit was costing her a lot financially and she wanted to get as healthy as possible. Especially for her four moko. Laina has taken her pursuit to be smokefree further by supporting it with a detox programme from a local health store, regular walking and swimming sessions, especially with her sisters and writing down her activities and feelings during the process.

She’s adamant that it’s fourth time a charm for her and thinks that eventually her partner will quit too. “He says ‘good on you.’ He knows I mean it,” Laina adds,“stopping smoking is really important to me.”