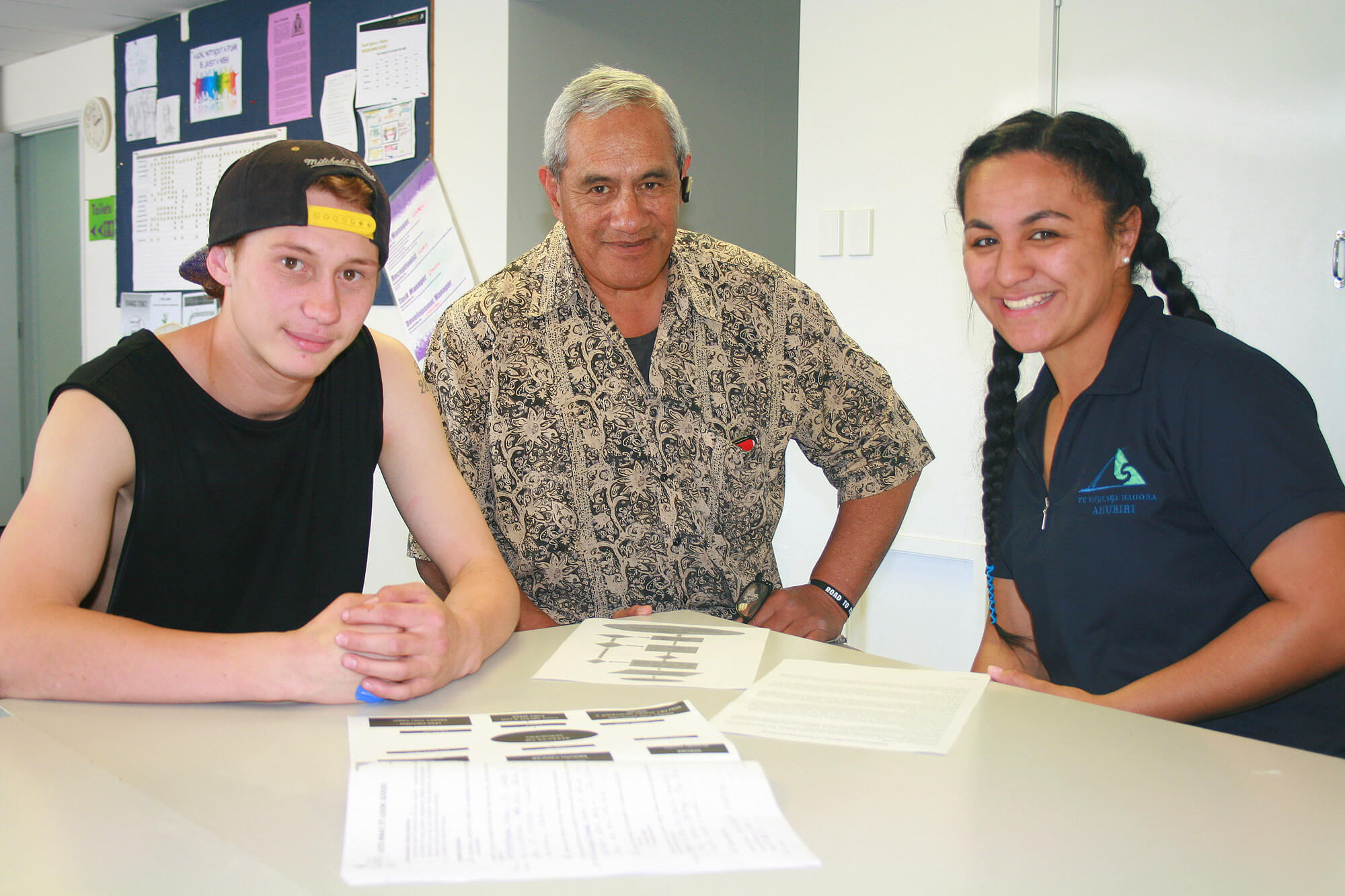 With their guidance, as well as a $50 prezzy card incentive from their tutor Trade and Commerce’s Reuben Waihi, eight students participated in a 4-week challenge that involved measuring their CO (carbon monoxide) levels as they reduced or completely stopped smoking. Stop Smoking Practitioners like Liz Ghio came in to take measurements and provide them with support such as free nicotine replacement therapies (NRT) to keep them on track.

Marshall Hunter (17) managed to quit during the challenge, motivated by the cost of smokes he reduced his CO reading from 20 to just 1. Liz and Rueben were blown away with his results but even more impressed when he chose to share his win. “I asked if I could have $50 instead so we could order everyone pizza for lunch. We all did it as a team,” Marshall shared.

The class also used the exercise as a basis for completing unit standard credits. Reuben helped them put together essays, use spreadsheets to track progress and produce

graphs and mind-maps to identify effects of, reasons for smoking and long-term health benefits of quitting.

Everyone who participated lowered their CO levels except for the three non-smokers, who would join their mates outside during breaks. They recorded some of the highest readings due to second-hand smoke exposure. “It just shows how dangerous it is,” says Liz.

Currently Marshall has relapsed. “It’s really common with people on this journey. It’s just so addictive,” states Liz. He’s confident that he can quit for good though and still recognises it as a long-term goal he’s serious about. He’s still smoking far less than he did prechallenge. “Once I finish the course and I've got a house to look after; a job. I’ll do it. I know I can.”

Support for anyone wanting to stop smoking is FREE. Te Kupenga Hauora - Ahuriri can also assist 16–17 year-olds not in education or employment. Contact them on 06 835 1840 to find out more.