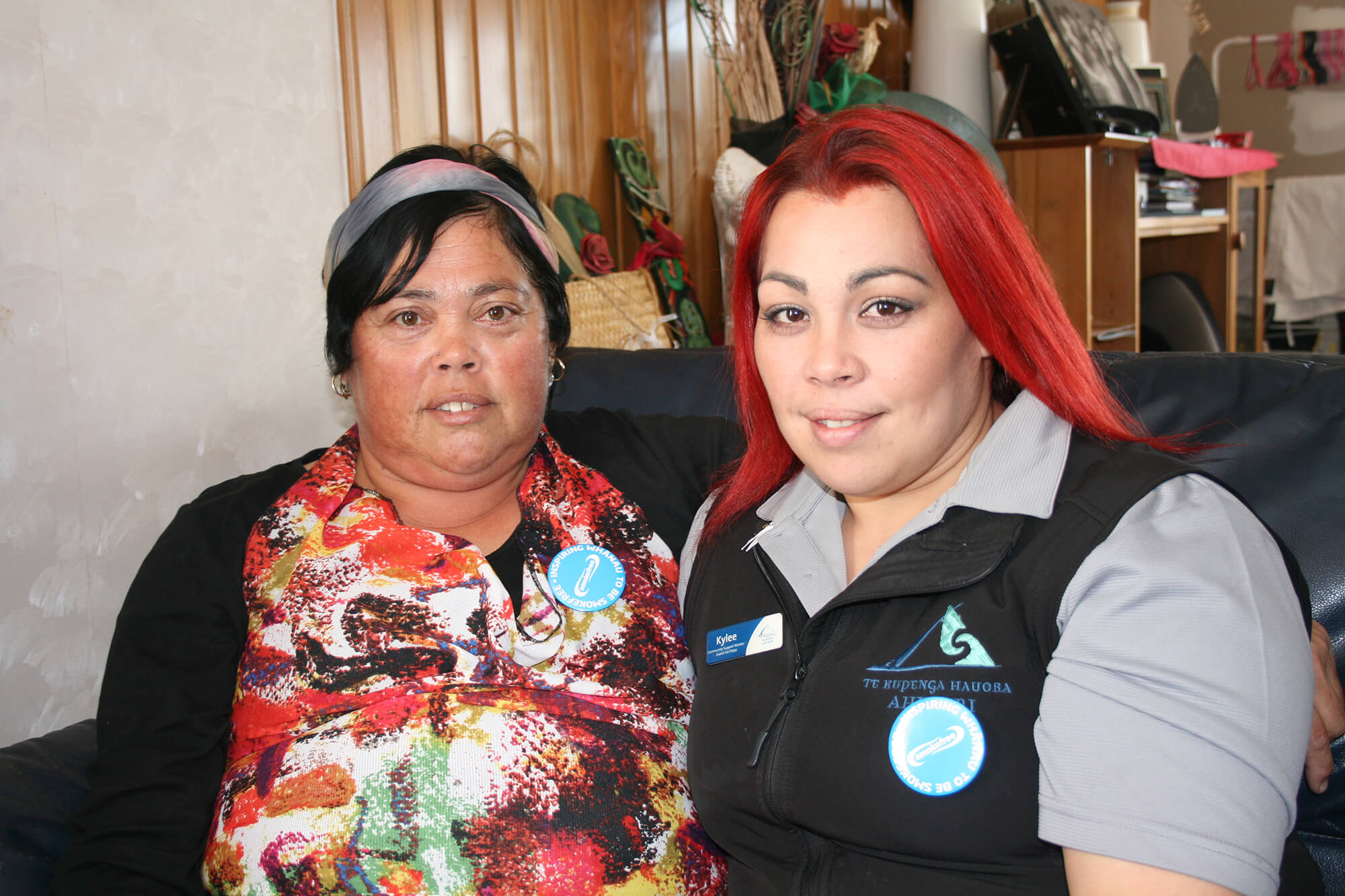 Char Gannaway has been smokefree for a year, motivated by her love for her whānau and supported by her daughter Kylee, Community Support Worker – Stop Smoking Service at Te Kupenga Hauora – Ahuriri.

Emotional about her youngest daughter relocating to Australia it was Easter weekend 2016, while having a smoke with her son-in-law when something just clicked for Char Gannaway.

“I looked down and thought this is the most disgusting thing ever,” she recalls.

Char’s daughter Kylee had begun working as a Community Support Worker for Te Kupenga Hauora – Ahuriri’s Stop Smoking Service. “I’d thought about it for ages, that disgust and Kylee’s new role was the push I needed,” said Char. “I want to be here to see my grandkids grow up.”

The Te Mara Tawhao Kōhanga Reo Kaiāwhina signed up for support from the stop smoking service and has succeeded with quitting. Money she was once spending on cigarettes is now going towards health and wellbeing. She started going to the gym and in the last year has lost 13 kilograms while reducing her risk of heart attacks and strokes for which she was a prime candidate. A diabetic for 11 years, the improvement to her overall health since quitting has made this condition much more manageable and she no longer gets chest infections like she used to.

She’s found the motivational, one-on-one support from Te Kupenga Hauora – Ahuriri vital to her success. “It’s not just the medicines (nicotine replacement therapies) they offer, just knowing I can call them to catch up or when they call me to ask ‘how is it going?’ It really helps.” The flexibility to meet where ever suits her, has made it convenient and meant others have been inspired by Char and the service. “Visiting me at work, my colleagues have been influenced to reduce or quit too,” says Char.

Kylee is proud of her Mum. “We can help anyone to set achievable goals so that they can become smokefree. No matter what the journey looks like for them. We can work alongside.”